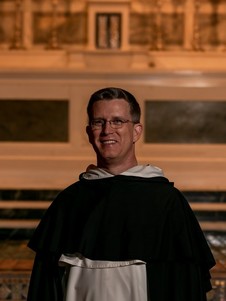 I am Fr. George P. Schommer, O.P., and I have been appointed by Archbishop Chaput of the Archdiocese of Philadelphia as the new pastor of the parish effective July 22, 2018. I am grateful to the Archbishop for the opportunity to serve him and all who come to Saint Patrick Church; I am grateful to Fr. Ken Letoile, O.P., Prior Provincial of the Dominican Province of Saint Joseph, for nominating me to this position; and, I am grateful to Fr. Daniel Mackle for his warm welcome and assistance through the transition of leadership of the parish. Please join me in expressions of gratitude to Fr. Mackle for his 14 years of leadership and the growth and accomplishments that have ensued because of him. We all should wish him well and pray for God’s blessings upon him as he moves to his new assignment.

I was ordained on May 20, 1994 at Saint Dominic Church in Washington, DC (the parish where I have just completed 7 years as pastor).  Other assignments have been as parochial vicar at Saint Gertrude Church in Cincinnati, as an itinerant preacher of parish missions and retreats, and in internal responsibilities for the Dominican Order and the Dominican Province of Saint Joseph.  I love my life as a priest and I cannot imagine living any other way. 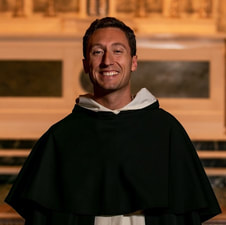 Fr. Timothy Danaher, O.P. grew up in Steubenville, OH. Like his parents, he attended Franciscan University, where he studied American Literature and Theology. His father, Bill, works for Ally Auto Finance, and his mother, Theresa, is a parochial school principal. He has three other siblings.

Upon graduation, he worked as a lifeguard in San Diego, CA, and as a youth minister in Denver, CO.  In 2011, he entered the Order of Preachers in Cincinnati, OH, and he completed his seminary studies at the Dominican House of Studies in Washington, D.C.  His ministries during these years were focused on hospital chaplaincy and Hispanic outreach. He made his final vows as a Dominican friar on January 20, 2016. He was ordained a priest on May 19, 2018, by Timothy Cardinal Dolan of New York, at the National Shrine of the Immaculate Conception. Saint Patrick’s is his first official assignment as a priest, where he serves as parochial vicar.

Fr. Giles Dimock, O.P. grew up in Stonington, CT.  He attended public schools and is a graduate of Providence College.  He entered the Order of Preachers, and upon being ordained, taught at Providence College.  He studied Liturgy at Notre Dame and at Sant’Anselmo in Rome, earning an STL in Liturgy and an STD in Theology from the Angelicum, i.e. the Pontifical University of Saint Thomas Aquinas in Rome. A priest for over 50 years, he has taught for 46 of them at PC, the Angelicum in Rome, Franciscan University of Steubenville, the Dominican House of Studies in Washington, D.C., and our novices in Cincinnati, OH. He has also taught 2 summer terms at St. Charles Borromeo Seminary for the Archdiocese of Philadelphia. 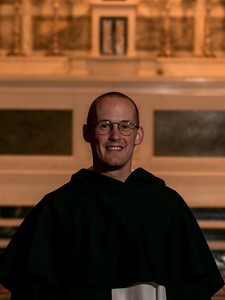 I am Fr. Edmund McCullough, O.P., and I was raised in a Catholic family in Baltimore, MD, and attended Catholic school growing up. I graduated from Mount Saint Mary's University in Emmitsburg, MD in 2009 with degrees in Spanish and International Studies. In the fall of 2007, I was blessed to study abroad for a semester in Dublin, Ireland. This immersion in Irish language and culture hopefully prepared me a little to serve here at St. Patrick's. While in college, and especially in Ireland, I came to a deeper appreciation of the Catholic faith, and I realized I wanted to share it with others. So, I joined the Fellowship of Catholic University Students (FOCUS) and served as a campus missionary for two years. Those two years were spent evangelizing the campuses of New York University and Ramapo College of New Jersey. I became acquainted with the Dominican Order while living in New York: they ran the campus ministry at NYU. And I was inspired by their example in the pulpit and the confessional.

I entered the Order in 2011 and passed through the novitiate, professing simple vows in 2012. Then I moved to Washington to begin studies in philosophy and theology. While in D.C,. I taught RCIA, visited nursing homes, taught adult faith formation, and led a young adult group. I professed solemn vows in 2016, and was ordained to the priesthood in 2017. Though I enjoyed the years I spent at the Dominican House of Studies, I love full-time priestly ministry.  I am looking forward to serving the Order in the Archdiocese of Philadelphia. I started teaching at St. Hubert's Catholic High School for Girls in September 2018.